On June 29, we headed to Uptown in Minneapolis to join my brother and his fiance (Kyle & Lindsay) at the Minneapolis Food Truck Festival. It was a beautiful day to walk around and try a variety of food and we had such a great time! Luckily the whole group wanted to try a bit of everything, so we all operated on the same strategy: we decided what to get as a group and split it all four ways (well, four and a half with Emily).

Our first stop is probably one of the best known food trucks in Minnapolis, Andrew Zimmern’s Canteen. My expectations were high for this truck with all of the hype around it and I can say, it did not disappoint! We ordered the special that they were making for the festival which was a crispy smoked meat sandwich with maple hot sauce and vinegar slaw. There was such an amazing combination of flavors going on (spicy, smoky, sweet) combined with a variety of textures (soft bun, chewy meat, crunchy slaw). It was so good! And we washed down the sandwich with a Jamaican hibiscus punch. This was most people’s favorite dish of the day (my second favorite).

Next, we stopped at the Tollefson truck for a midwestern staple that Joe and I were both craving after being in Italy for three months: a brat! Joe took the lead on this dish and topped it with ketchup and raw onions. There was nothing terribly unique about the brat, but it was delicious and exactly the back-home comfort food Joe and I were craving. 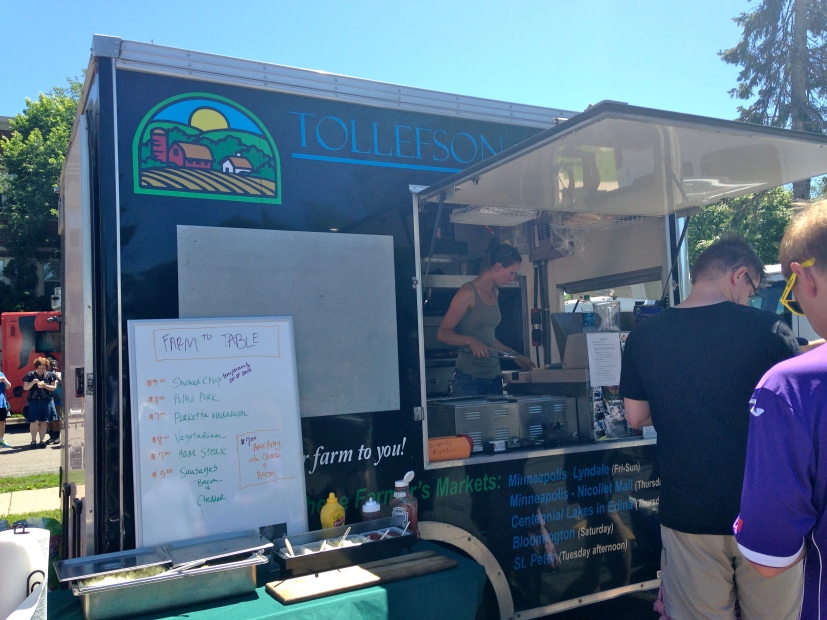 Our third stop caught our eye because they were serving arepas, a kind of cornmeal flatbread/cake that originated in South America. Kyle and Lindsay’s favorite Minneapolis food truck Hola Arepa specializes in these, but was not at the festival. So we decided to try this truck, which was called Cafe Racer, to compare. We ordered the balsamic vegetable arepa with a side of rice. The vegetables were delicious, the arepa was a bit tougher than I like and the rice was not very notable. This was probably everyone’s least favorite dish of the day. But it was nice to have a few vegetables worked into the mix. 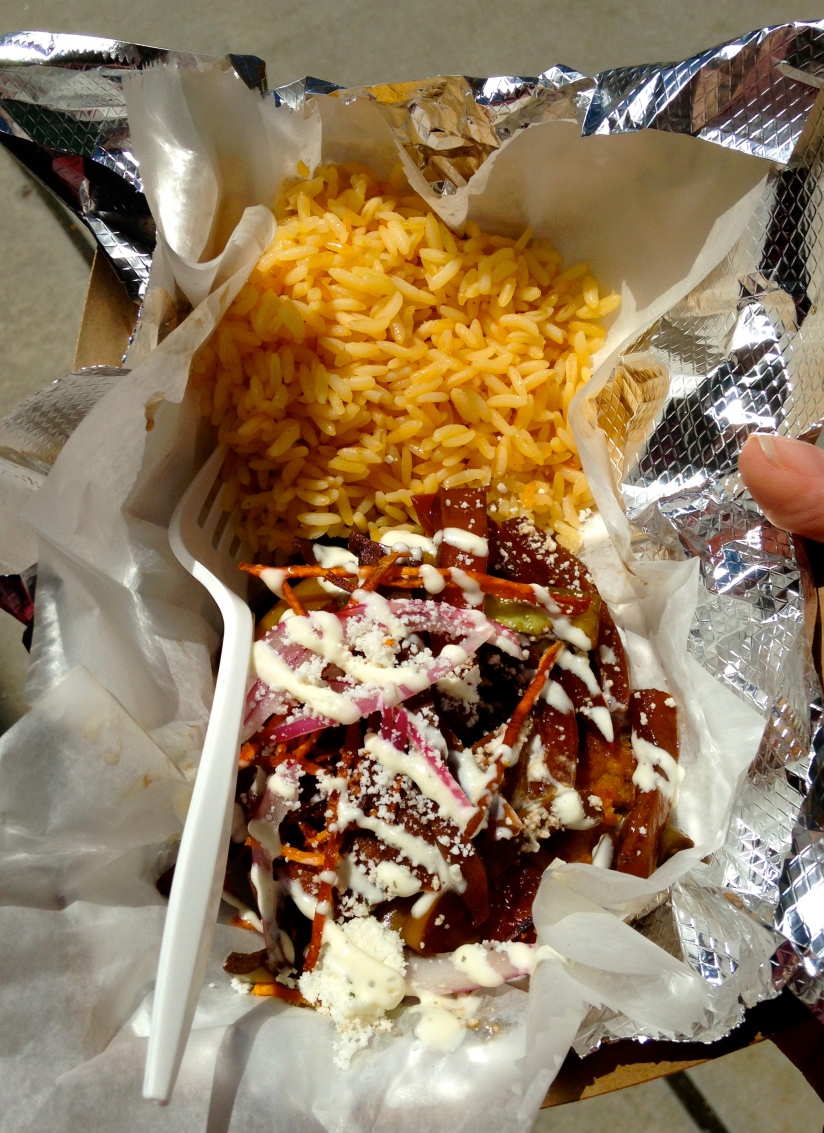 Our fourth stop wasn’t an actual food truck, it was a tent that was put up by a cookware store/cooking school located on the street of the festival called Kitchen Window. They had three massive paella pans working to cook a variety of meat, seafood, vegetables and rice and it was just too tempting to pass up. This paella was incredible! It was packed with flavor, the seafood was tender, the rice was perfectly al dente. This was my favorite dish of the day! 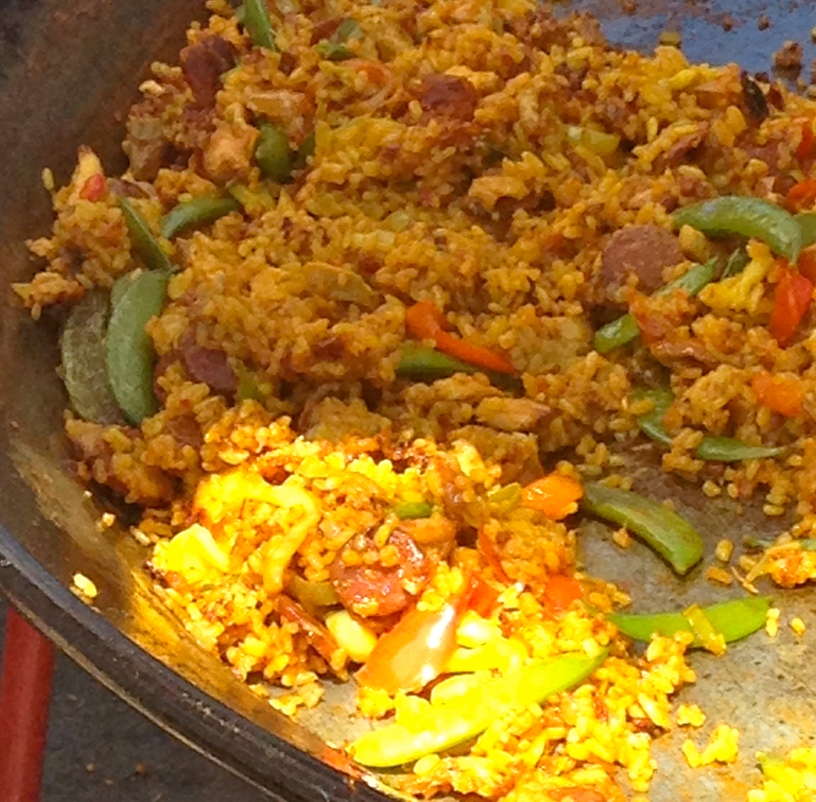 Last but not least, we tried the Anchor Fish & Chips truck. And we ordered the namesake fish and chips. The piece of fish they served us was HUGE. It was so big (and we were all getting pretty full at this point) that we couldn’t quite finish it. The fish was so tender and juicy with a delicious crispy coating. The fries were okay, but nothing outstanding. But the fish made up for the fries. 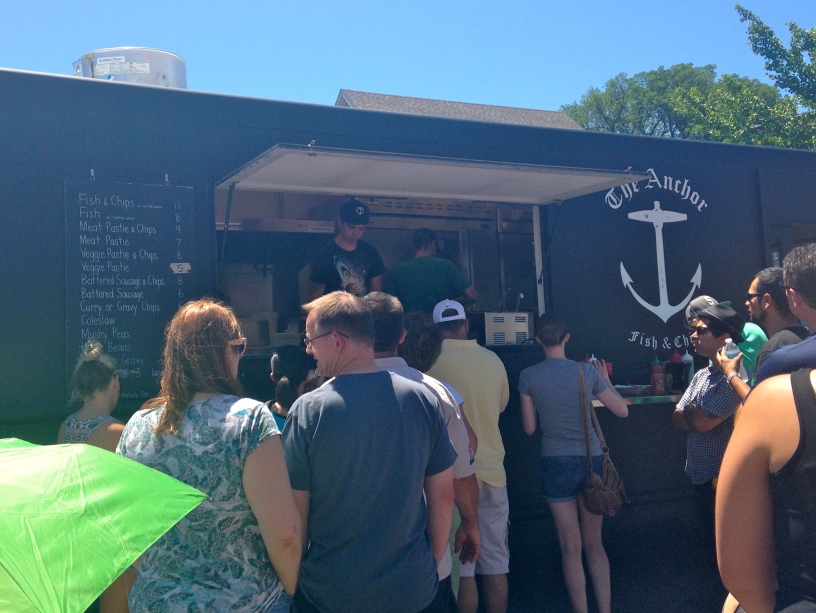 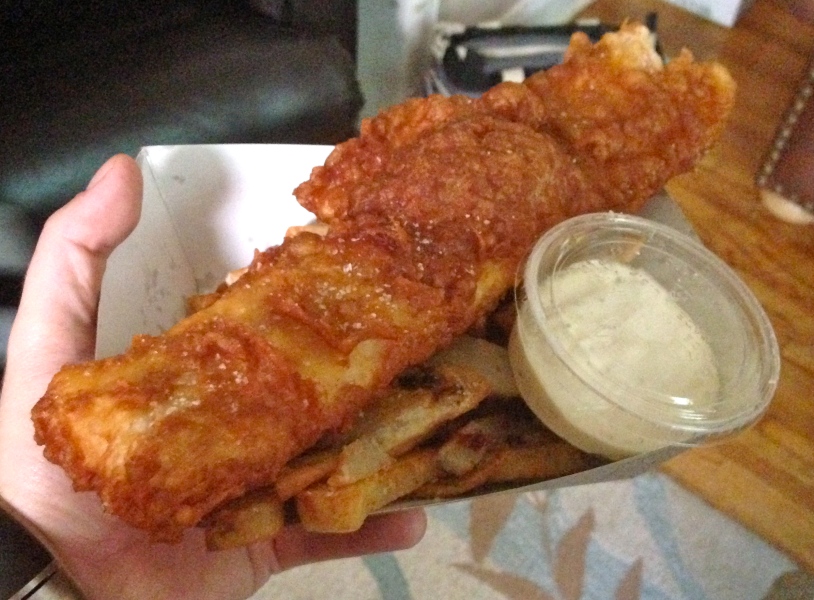 Joe and I really enjoyed getting back into a city, and it was such a fun afternoon sampling a variety of food with family in such a fun setting!